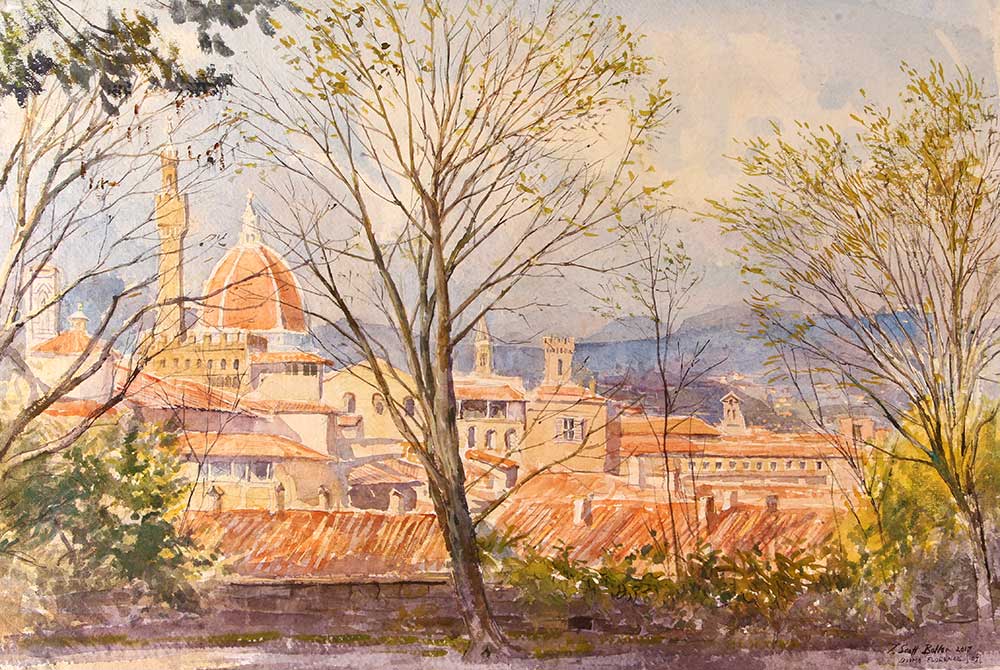 Tim was chosen as the artist to accompany the 2017 Spring Royal Tour made by their Royal Highness’s the Prince of Wales and the Duchess of Cornwall.

Coincidentally the first day of the tour, 29th of March, was Tim’s 70th birthday and he arrived at RAF Brize Norton at 8 a.m. slightly the worse for wear! He was overwhelmed when HRH presented him with a fine plate made by one of the Princes charities in Egypt.

Tim travelled alongside the official Royal party, visiting parts of Romania, Italy and Austria, spending most of his days painting. Evidence of these works are shown here.

The first two days were spent in ROMANIA, a country Tim has wide contacts with in his role as trustee of the Transylvanian conservation charity, ADEPT.

Unlike the countryside which is rich in subject matter for the artist, Bucharest itself has largely been ‘sanitised’ by the communist regime. However he was drawn to the historic quarter of Lipscani and also the ancient buildings brought in from elsewhere in the village museum. 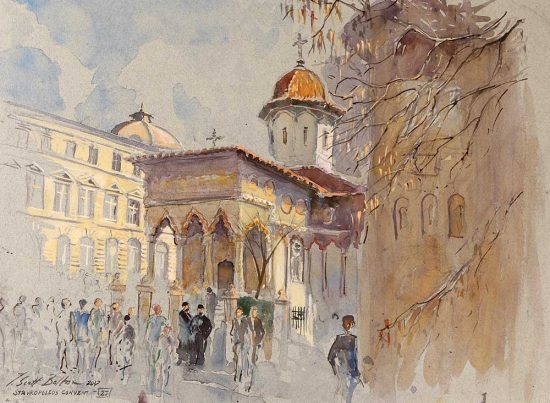 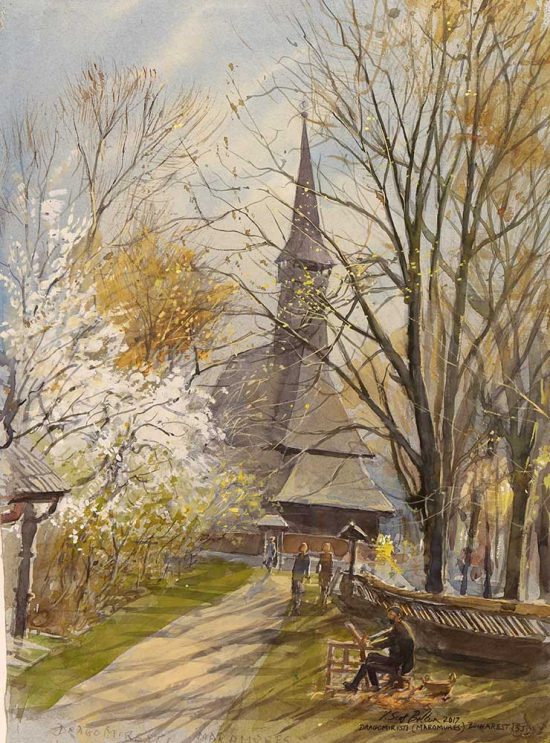 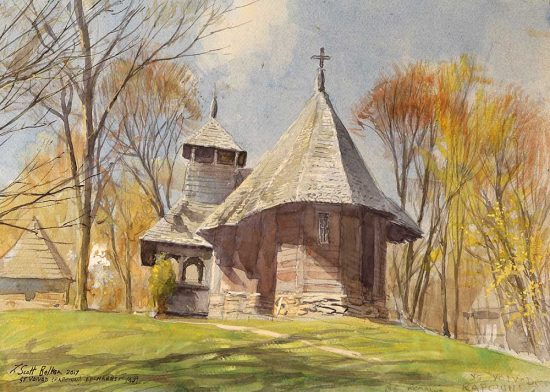 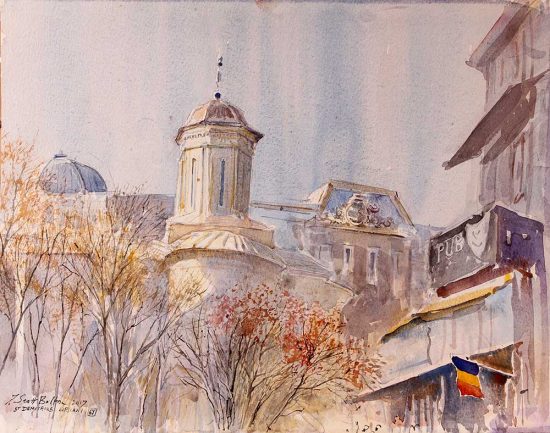 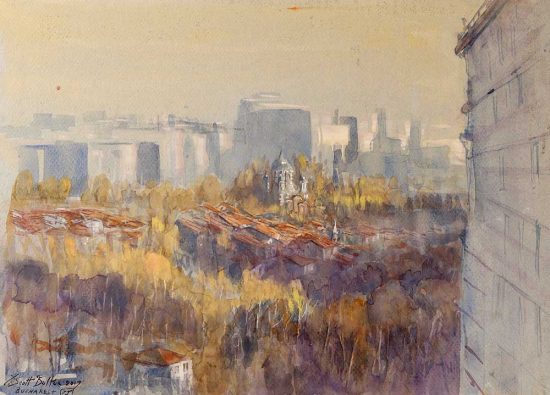 For the four days in FLORENCE the Royal party was accommodated in the fine old Abbey of SAN MICHELE with its great views of Florence below and the distant mountains beyond.

Tim spent most days painting either in the Abbey or Florence. He was however lucky to accompany the duchesses party to the Uffizi Gallery and then the Vasari corridor which was used by the Medici family to privately commute from the Palazzo Vecchio to the Palazzo Pitti across the Arno. Afterwards we attended a moving service in the English Church where her Royal Highness’s great-grandmother, Alice Keppel has a memorial.

Two days were spent in ROME where Tim was entranced by the gardens at Villa Wolkonski with its ancient Roman aqueduct running through the grounds.

It is the residence of the British ambassador to Italy having been formally the headquarters of the Gestapo! Undoubtedly the greatest experience was a visit to the Vatican library and an audience with his Holiness Pope Francis. 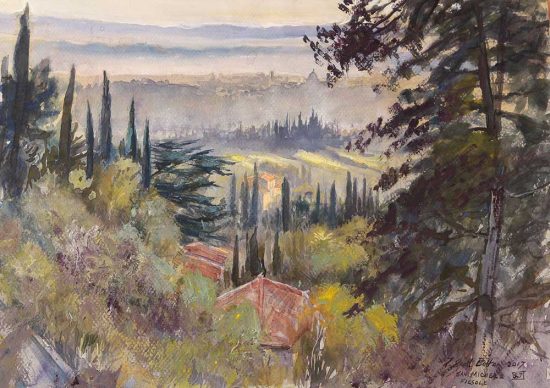 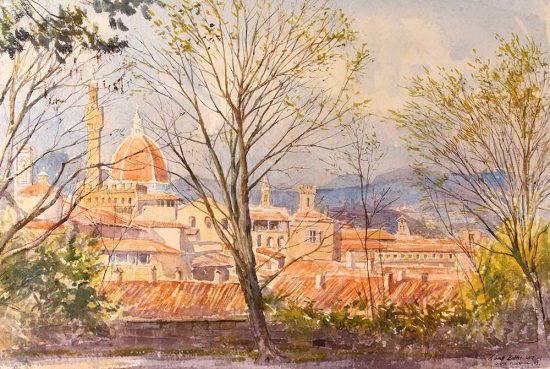 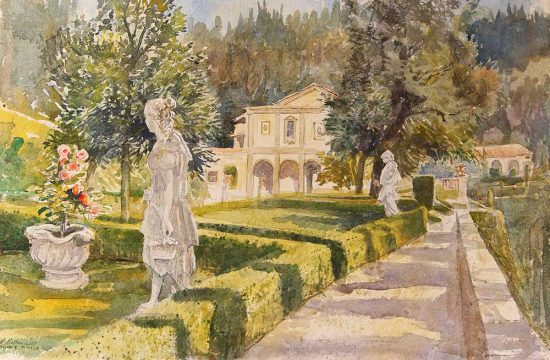 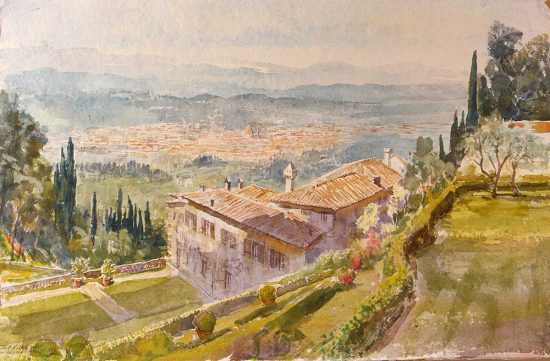 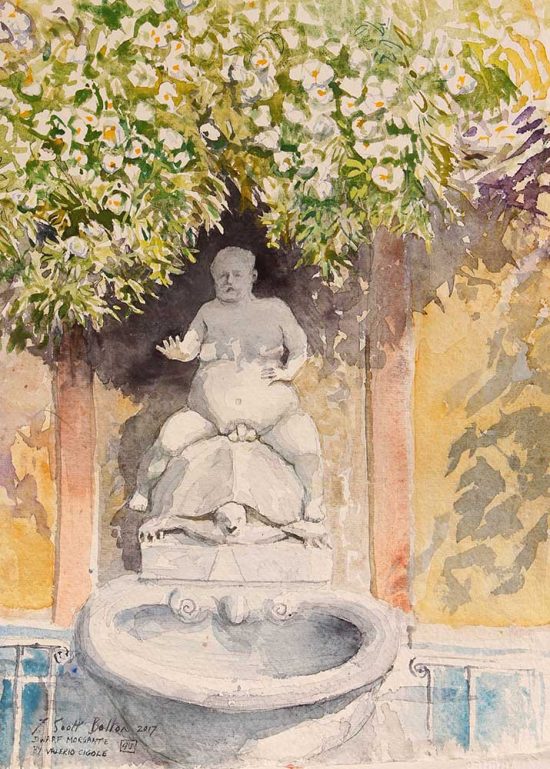 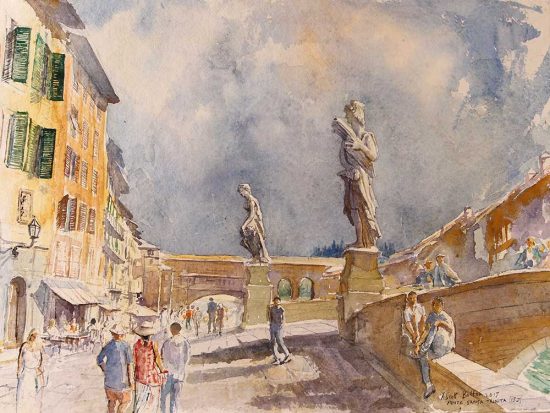 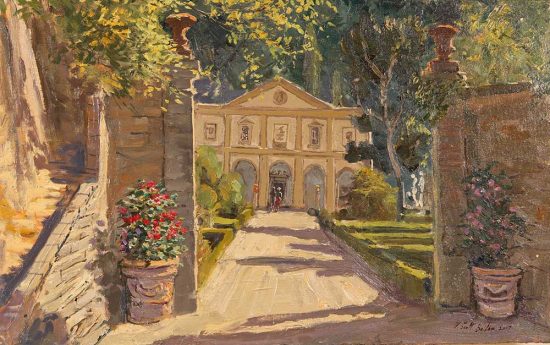 San Michele through the gates 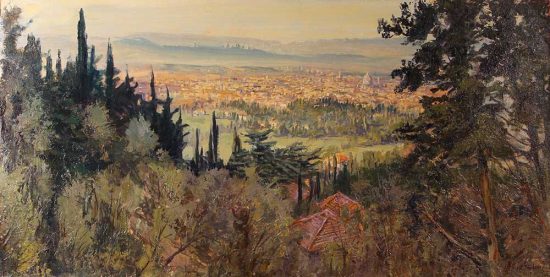 The last night was spent in Vienna…

…which compared with Italy was cold and grey skies pervaded but the warmth of Sacker’s Hotel was more than adequate compensation.

The Spanish Riding School and the great imperial buildings were the themes for the artist if well wrapped up! 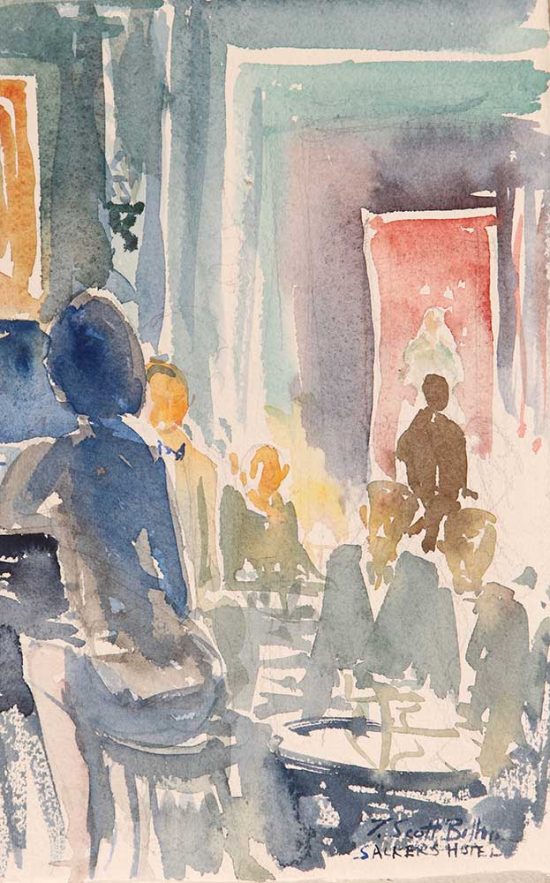 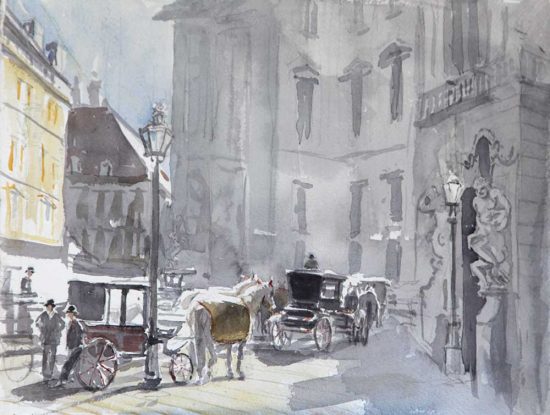 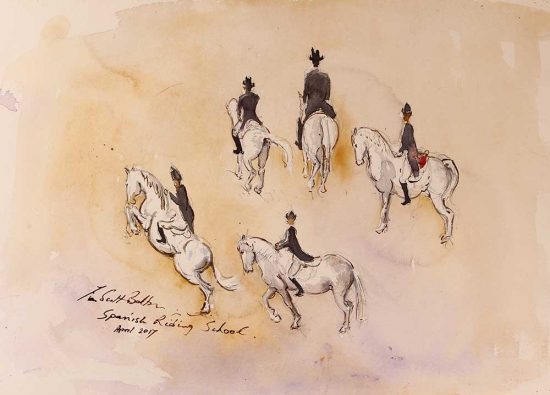 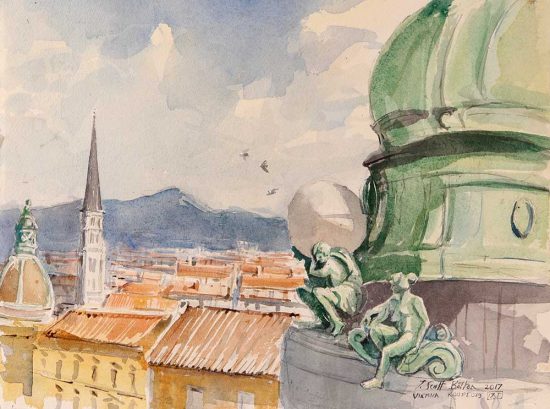 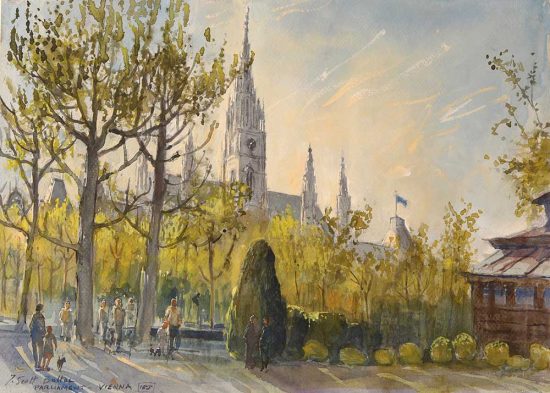