Update: Due to Covid-19 this exhibition has been postponed to April 2021.

This October, Tim Scott Bolton exhibits works from a decade of travels. Beautiful scenes from as far afield as Bhutan, to the more familiar moors of Scotland.

Background: In 1974, Tim Scott Bolton and his wife, Trish, found themselves near the Tibetan border in the then un-visited Langtang region of Nepal. They had temporally lost their porters and were sleeping under the stars with the great peaks starkly lit by moonlight. It was perhaps then that a lifetime obsession for the Himalayas was sparked. As a result, Tim has since taken every opportunity to revisit, to paint and trek; this exhibition is the fruit of many expeditions there.

Contrastingly alongside these Far Eastern scenes will be masterly pictures of the highlands of Scotland, where Tim also visits each year.

Bhutan has been the destination for Tim’s latest Himalayan forays and this isolated kingdom will feature strongly amongst the 25 breath-taking scenes for sale in both oil and watercolour this autumn. Most of Tim’s paintings are made ‘en plein air’ with some larger works developed from sketches in his Wiltshire studio.

‘Travel in mountainous regions is not without its risks, even if not mountaineering. On one of my trips, whilst motor biking with a much younger artist friend in the Nanda Devi region of India I thought I had met my Maker. Skidding round a corner, I was flung off, not over the precipice but in front of a taxi jeep. On regaining consciousness all I could see was a small disc of light above, on blinking I discovered the sky was blotted out by some 40 curious Indians craning over my prostrate body. There was no option but to take Mr Tebbit’s advice and ‘get on your bike and go’’. – Tim Scott Bolton 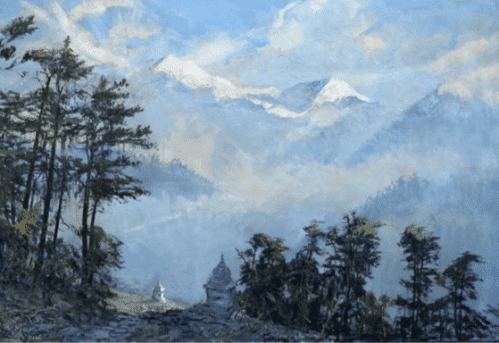 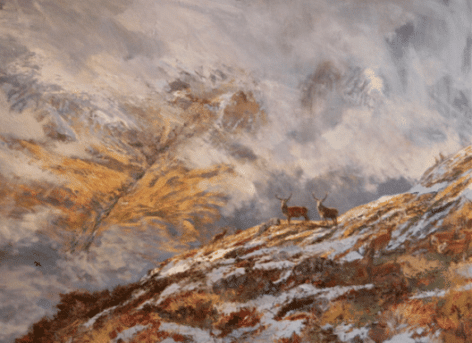 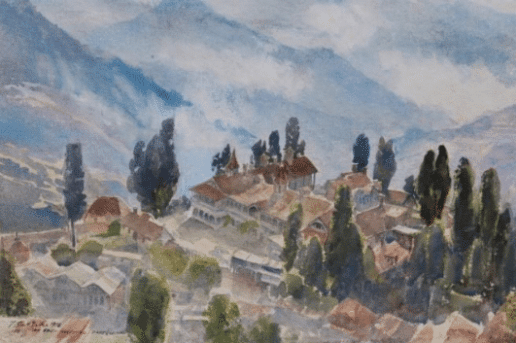